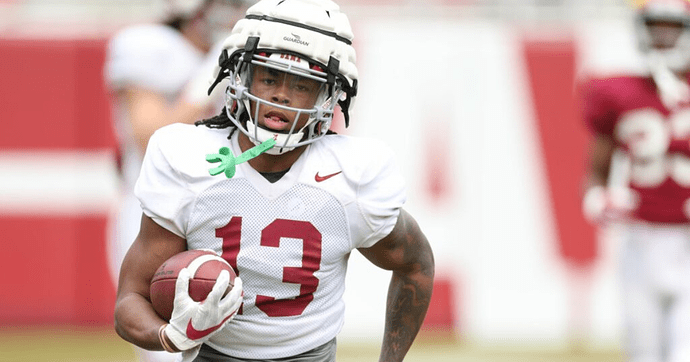 Georgia Tech transfer Jahmyr Gibbs gives the Alabama Crimson Tide the deepest running back room in the SEC in 2022.

Hard to swallow the validity of unit rankings by that site if they dismiss returning nearly 100% of the #5 rushing attack in the nation.

Well that was a wasted 30 seconds I’ll never get back. I should have known. Typical of that site.

Not that I want to throw any shade here, but would we have been the #5 rushing attack in the nation without the QB stats (our leading rusher). Nope.

So if you just look at the actual RBs and not add in the QB, I can understand where we might not rank as high. Now that is not to say I’m not excited with the RBs we do have, I think Rocket and Dominique are special and will shine this year. And we do have KJ and come game time he has to be accounted for without a doubt. But when you are just looking solely at RBs they just are not getting the full measure of Arkansas rushing attack.

So if you just look at the actual RBs and not add in the QB, I can understand where we might not rank as high.

The ranking was Top 5 Running back ROOMS. Are we sure KJ doesn’t attend both the QB room and the RB room?

If not, he should, since he’s a big part of the running game.

Also, we don’t know how the passing game will be absent Burks. If we can throw it, the running will be there. If we can’t throw it, then we will have issues running, even with our very solid set of RBs.

Yawn…I take any pre season ratings with a grain of salt. Just win. And show your worth on the field. The rest is speculation. 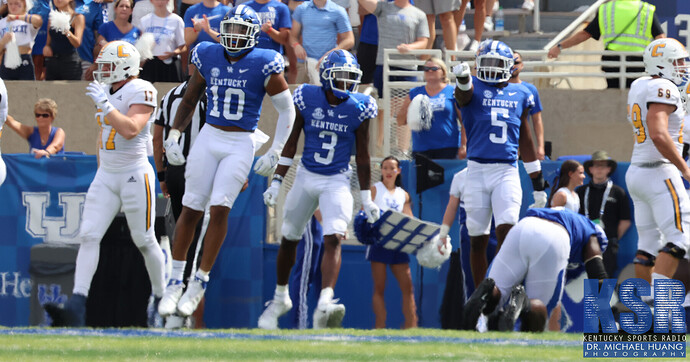 2022 SEC Unit Rankings: The Top 5 linebacker corps in the SEC

Kentucky returns three super-seniors to lead its linebacker corps, while Georgia features fresh faces but is still among the SEC’s best.

This guy is an SEC East writer with past ties to the Gators and Vols. He is new to the On3 staff covering the SEC. His other Unit rankings also leave Arkansas out and interestingly, he ranks the LSU secondary high due to the presence of two former Razorback CBs. The proliferation of self-determined experts is amazing.

These kinds of preseason appraisals are like training camp for fans. They allow us to sharpen our “we don’t get no respect” attitudes in preparation for the fall campaign.