Here is a look back at 16 of the Razorbacks’ great NCAA Tournament finishes (some wins, some losses). 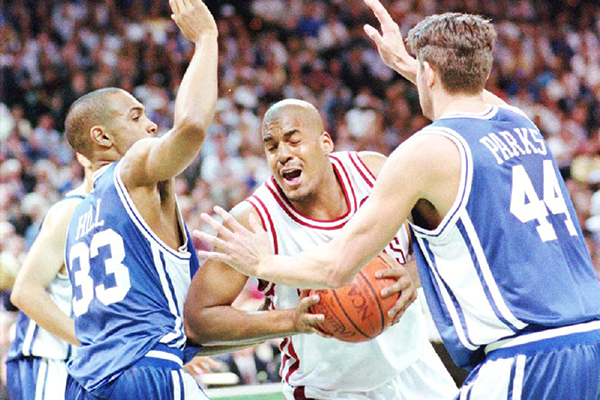 On what was supposed to be the first day of the Sweet 16, we decided to take a look back at 16 of Arkansas' most exciting NCAA Tournament games.

Includes all the best and the most disappointing, other than Kansas in 1991.

I think the games that “made us” were UCLA in 1978 and Cal State Fullerton in 1978. Most remember the UCLA game, but most don’t even talk about the Cal State game. We lose that game and UCLA doesn’t matter near as much. (As an aside, I was 14 years old, we were in New Orleans getting on a cruise ship, couldn’t find a TV anywhere, finally called a family in Arkansas and listened to the last minute or so on the phone for that game)

Includes all the best and the most disappointing, other than Kansas in 1991.

Kansas was disappointing but it wasn’t a memorable finish. We led by 12 at the half but got completely blown out in the second half, losing by 12. You give up 58 in a half, you’re probably going to lose.