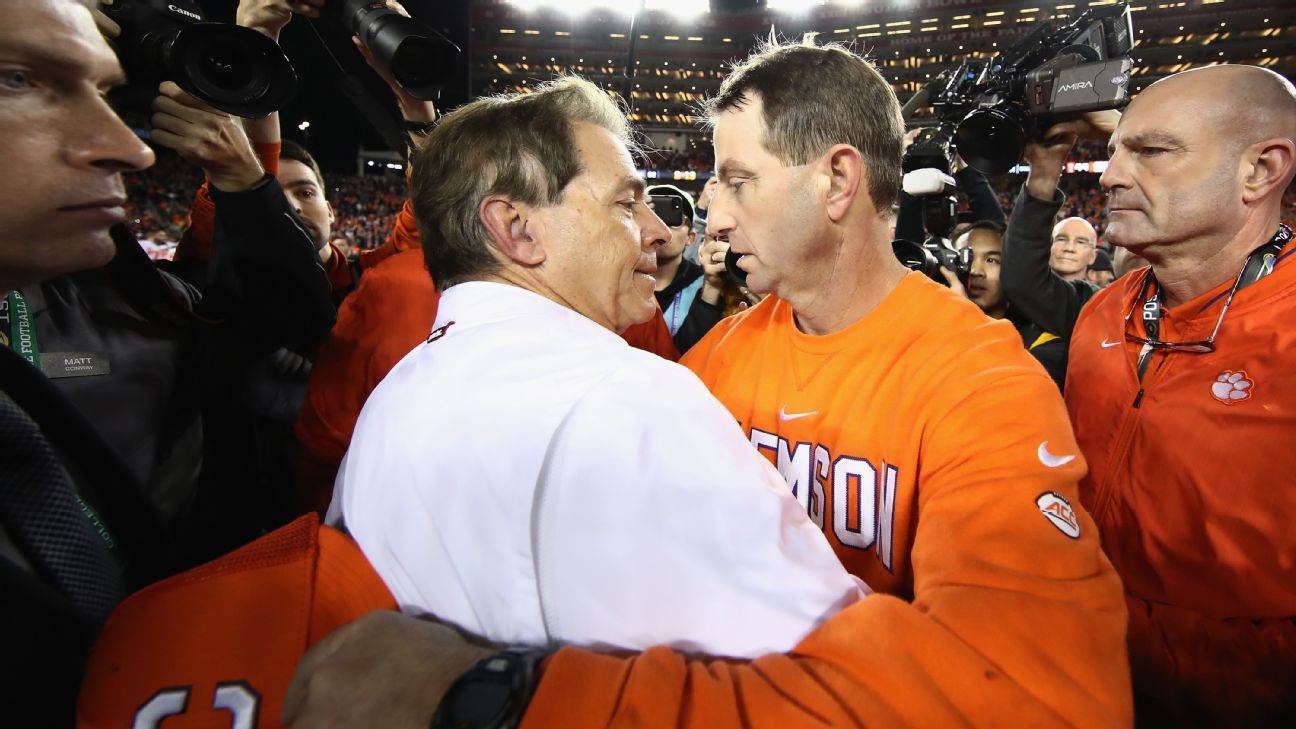 From top-10 finishes to national championships, we find out the best 100 coaches of the past 50 seasons.

No sign of Ken Hatfield, or Bret Bielema, or Houston Nutt.

Ford won the West when (a) it was very weak and (b) on top of that, Alabama was on probation. He also couldn’t beat SMU and, although he recruited players that Nutt was able to win with, he himself couldn’t do squat with them, He finished last in the West in 1997 on merit, and he was fired on merit. I’ve always been one who supported our coach until he was no longer our coach, but it was clear midway through 1997 that Ford was mailing it in.

Exceptions have been JL Smith

Weak or not he gave us our first win over Bama