10 predictions for the rest of the year 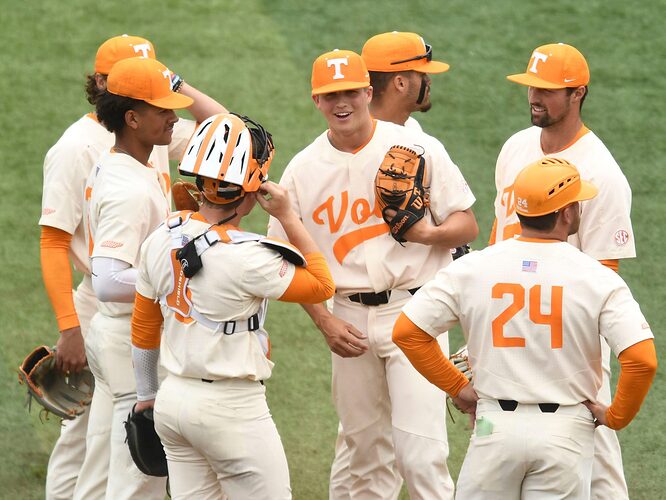 10 predictions for the rest of the SEC baseball season

We usually recap what's happened in SEC baseball, but halfway through the season, here's a crack at what's going to happen.

EOE fans are awfully cocky for a team that ain’t done nothing yet.

EOE fans are awfully cocky for a team that ain’t done nothing yet.

I am so ready for them to lose a series. Better yet to get swept. Unfortunately, I’m afraid they really are good this year. They’ve won too many games with too little stress for it to be luck.

Apply some pressure to the Vols and they will blow a gasket.

I first thought Baumbastic was stretching out and adding her own prognosis. Alas, SDS comments. What I thought was interesting was this quote, “How else is a team that’s 12th in the SEC in batting average the clear 2nd-best team in the league?”

I was thinking the pre-season thoughts were that the Hogs were going to have one of their best ever offenses…argh, alas…our history.

If we get all cylinders clicking we can beat anybody. The pitching is getting better and the defense is flat out elite. We would not be a team you would want to face when we got all our guys hitting to their capabilities. I know that’s extremely hard to do but if we ever get it clicking and can keep it that way for a few weeks at the right time…look out!!

Last year it seemed either SO or HR.
We might have 6-8 more HR’s this year but poor weather and wind negated some of those.

As long as we get HR’s in these last couple of months, I’m good.

Lot of strong hitting teams. But you can go a long ways with pitching and great defense.

It’s a lot more than six to eight more like 12-13. I know Dave said about 2 or 3 weeks ago he had seen 10 balls that would have been out had to wind not held them in.

It’s not always about home runs, it’s about doing what is necessary to score runs.There have been many times this year with a runner on third base in less than two outs where all we had to do is get a fly ball into the outfield to score a run but we either struck out or hit into a double play or popped up.
That is what frustrates me most about this team so far. Every game we’ve lost it’s been because we didn’t do the little things to produce runs when we had the chance. That will have to change if we are going to make a run.

Last year it seemed either SO or HR.

But seemed to me the most common outcomes at the plate last season were HRs & walks. Our team OPS was very good.

Tennessee is a good team. Maybe very good. But they aren’t untouchable. Will be interesting to see how they respond to adversity in the postseason.

The way they reacted to Alabama’s reaction to winning game 1 was a red flag to me. Alabama gave Tennessee a little of their own medicine by talking trash and celebrating a little more than necessary after winning game 1. The first inning of game 2 was ridiculous on so many levels. It showed Tennessee’s true colors. They do take after their leader.

Of course Tennessee won the next 2 against Alabama, in spite of their antics. Probably because they are just a better team. But there’s a right way to go about your business, and Tennessee doesn’t show it.

My “bold” prediction is that Tennessee will do or say something classless when they get beat out in the NCAAT.

I still believe this Hog team is better offensively and defensively than last year and will make a big splash post season if the pitching stays healthy. Said this for the basketball team, please let us play Gonzaga to get to a Final Four before the brackets came out. I say the same thing about TN., please let them stand between us and the NC trophy. 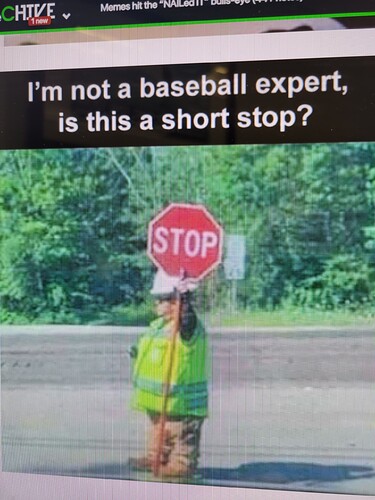 Tennessee is a good team. Maybe very good. But they aren’t untouchable. Will be interesting to see how they respond to adversity in the postseason.

Hope you’re right about TN. They’ve been dominating so far, but I’ve seen dominating teams lose in the post season before. UCLA did it 3-4 years ago. We were not as dominating last year as TN is this year, but we were clearly the best team in college baseball & we did not even make the CWS. It’d tickle the s*** out of me if TN lost early in the NCAA tournament. I know it is quite possible.

I’m telling you, I will be absolutely apoplectic and dejected if Tennessee wins in Omaha this season - devastated.

Last year was bad enough. On the one hand, I get the “feel good” aspect of a program like MSU…that’s been good for soooo long, finally winning “the big one”. On the other hand, how bitter it was to be HISTORICALLY dominant during the entirety of the regular season AND SEC Tournament, including a 3 day mauling of MSU AT THEIR PLACE (cumulative score 25 to 11), only to see them advance in Omaha (with us not there to thrash them yet again).and claim the crown that should have been ours.

And now…if Tennessee…that has been wandering in the wilderness where baseball has been concerned for the past 15 years or so, while we were consistently competing at a high level…zooms past us and wins a championship BEFORE we do? I’d survive, but it would be a HARD kick to the groin.

And let me be clear about something. I’m not saying we were as dominant as Tennessee has been so far this season, in terms of flashy numbers. But we were remarkably consistent, winning EVERY series (SEC or otherwise), starting off the season by polishing off Texas Tech, Texas and TCU, posting the best W/L record in the country, against the #1 SOS in the country, leading the country in Home Runs, and being ranked #1 the last 2 months of the season…that’s dominant.

And…even though we didn’t make it to the CWS, we had a better record against the teams there than any other team there - by far. In a sense, we’d already won the title by beating all of them during the regular season. I don’t believe that’s ever happened before.

Yeah…I’m still not over that. Failing to advance to Omaha is up there with the Stoernover with me.